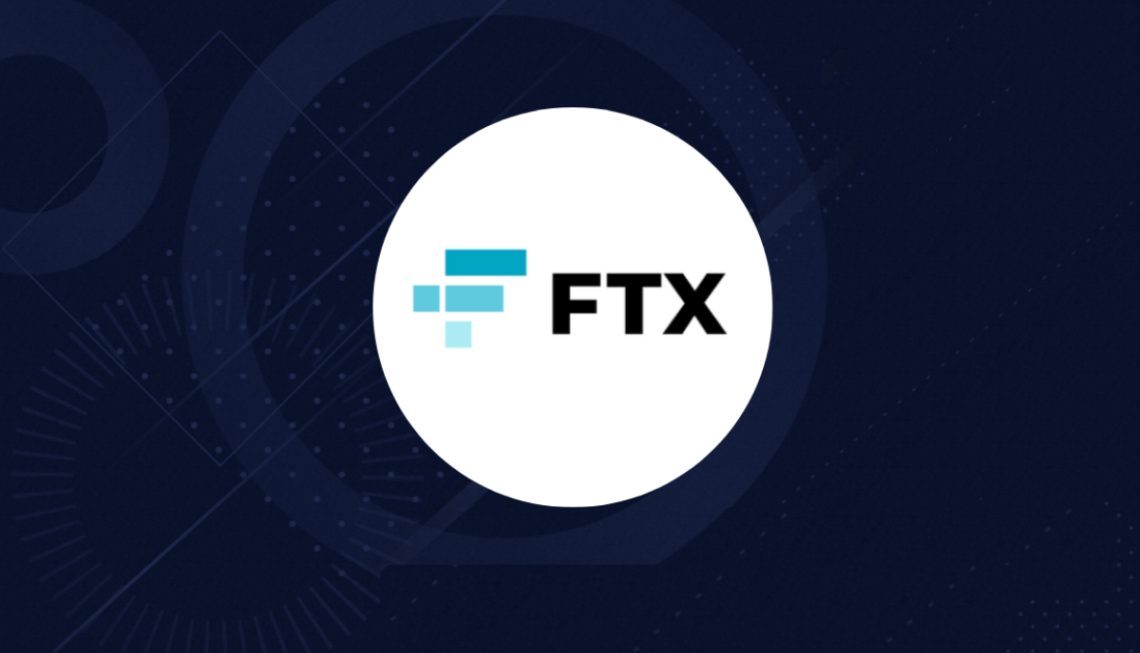 About more than 15 years ago, the first peer-to-peer digital currency, Bitcoin, came into existence. The usage was not common up until the pandemic. Since the usage wasn’t common and there weren’t enough people aware of its existence, the price also stayed low. However, once the popularity started increasing, so did the price. Then came other peer-to-peer currencies and the need for exchanges such as Binance and FTX.

One of the biggest crypto exchanges was FTX. They quickly became the second biggest one, right after Binance, the biggest exchange. However, since there is little to no audition or regulation, they weren’t the safest bet. Something happened. Investors lost quite a lot of money because FTX’s value dropped significantly.

They then filed for bankruptcy. All this happened in under a week, which makes it really obvious how dangerous crypto can be. What happened to FTX could threaten the entire cryptocurrency ecosystem. Thus, it will also put everyone’s money at risk who invested in cryptocurrencies. We will look at the FTX situation and what the future cryptocurrency market will look like.

They also traded FTT/USDT, its native coin which caused this entire problem with FTX.

Cryptocurrencies all share the same basic framework as their main asset, bitcoin. It is a publicly accessible “blockchain.” It tracks possession without the supervision of a central authority. FTX is significant. Because together with its competitor, Binance, it executes the vast majority of cryptocurrency deals worldwide.

FTX and Binance are both “international” cryptocurrency exchanges. The cryptocurrency counterpart of an offshore casino. Each has an arms-length US-regulated outlet that follows what little regulation the US government has. However, there are no regulatory regulations for the majority of the money that moves through their books.

How did FTX’s Problem Start?

FTX has its own cryptocurrency coin, named FTT, that investors can use to pay transaction fees. Mr. Zhao sold his interest in FTX to Mr. Bankman-Fried last year, who paid for it in part with FTT tokens.

On November 2, the crypto website CoinDesk published a leaked memo. That publication claimed to show that Mr. Bankman-hedge Fried’s fund, Alameda Research, possessed a lot of FTT tokens. FTX and Alameda are actually different companies and not financially related. However, according to the investigation, they have strong financial relationships.

On November 6, Binance declared that it would liquidate its FTT tokens “due to recent disclosures.” As a result, the price of FTT dropped, and traders hurried to exit FTX. With the worry that it would be yet another failed crypto firm. FTX hurried to execute withdrawal requests totaling an estimated $6 billion over three days. It appeared to be in a liquidity crisis, which meant it lacked the funds to fulfill requests.

Binance said that it had achieved an agreement to buy FTX in order to save it. However, Mr. Zhao stated in the statement that “Binance retains the discretion to withdraw from the arrangement at any time.”

Mr. Bankman-Fried said in a separate release that the agreement would protect clients and allow FTX to finish processing their withdrawals. He tried to dismiss speculations of a feud between FTX and Binance, saying, “we are in the greatest of hands.”

However, later on, Binance said that it would no longer purchase FTX, citing “company due diligence” as the reason. It also mentioned regulatory inquiries and reports of misused monies. FTX stated that it had established a partnership with Tron, a blockchain platform, in light of this withdrawal. This is to exchange various tokens from FTX to other crypto wallets.

Now What for FTX and Its Investors?

To fulfill the withdrawal requests, FTX must either find billions of dollars or find a way to reassure the safety of their money. When there are so many consumers running for the door, that is never simple. Bloomberg reported on Thursday that Bankman-Fried stated that the firm needs $4 billion to stay stable, with an $8 billion funding deficit.

There are also deeper issues to discuss. Bankman-Fried stated on Twitter that FTX was “OK” and did not deal with customer assets at all. However, Sequoia Capital, a venture capital firm that invested $150 million in FTX, stated that the company was experiencing not only a liquidity crisis but also solvency issues. This means it owed more money than it actually had.

Just after the sale failed, “SBF” reappeared and apologized for his mistakes. He apologized for the inadequate communication and stated that he had incorrectly assumed the exchange could not face a liquidity crisis. He kept insisting that it was not insolvent.

Bankman-apologies only went so far, and he left users with questions. Especially given other assertions he was making at the same time. According to the Wall Street Journal, FTX gave Alameda $10 billion in customer funds to gamble with. This represents a sizable chunk of the exchange’s $16 billion in assets.

After everything that’s happened, FTX went on to file for bankruptcy. There are now criminal charges involved, too. So there are deeper things to the FTX issue than just financials. Because apparently, SBF has been playing around with the wrong methods.

How Will All This Effect The Crypto Market?

The cryptocurrency industry has been fighting to persuade authorities, investors, and traders that it is safe for a long time. The bankruptcy of FTX, which appeared to be more solid than other businesses, and Binance’s withdrawal has shaken the market. Since the beginning, the price of FTT has dropped by around 80%. Bitcoin and Ether, two of the most valuable tokens, have both decreased dramatically, falling more than 20% at one point.

Since the FTX crisis began, bitcoin has fallen from $20k per coin to $16.5k, its lowest value since 2020. According to CoinMarketCap, the whole sector has dropped over 5% in the first 24 hours. Thus, large organizations and protocols with FTX exposure must show their own liquidity.

For example, a popular token on the Solana protocol that allows users of that blockchain to trade bitcoin depends on FTX for its value. If it fails, it is uncertain whether any of the bitcoin on that protocol will be recoverable. As a result, it will wipe out millions of dollars overnight.

And, as with any cryptocurrency meltdown, all attention is on Tether. The $70 billion “stablecoin” underpins most of the industry’s economy. The token dropped off its “peg” on Thursday morning, trading at $0.98 per dollar. Paolo Ardoino, the chief technical officer (CTO) of the business that issues Tether, tweeted to reassure investors. He stated that the company had processed approximately $700 million in withdrawals in the previous 24 hours.

Is the Future Doomed?

The FTX scandal is now reverberating throughout the cryptocurrency sector. According to CoinMarketCap, it brought the sector’s value down 12% in a single day. This fueled the fears that crypto is set to have its own Lehman Brothers moment.

According to industry analysts, the tale may push regulators to try to tighten down on the crypto industry or make big banks stay away from allowing consumers to trade bitcoin. Furthermore, the FTX crash may trigger additional deterioration in industry trust. Forcing people to withdraw their crypto assets out of fear. This is known as contagion, according to specialists.

The financial system’s resistance to fluctuations in the cryptocurrency market has already been put to the test in the last year. With the start of a new “crypto winter.” It has fallen from its peak at $3 trillion in November of last year to roughly $800 billion due to a combination of crypto-specific events and broader macroeconomic difficulties.

Global financial markets suffered during that time, as well. But this was due to much larger factors. Such as Russia’s invasion of Ukraine and rising interest rates. However, it is worth remembering that crypto markets do not have anything to rely on. It works purely on demand. When the demand falls, the prices also follow. Looking at its current situation, it doesn’t look bright, and there are major issues. Personally, I don’t see the cryptocurrency markets’ future at all. It is doomed to collapse at one point or another.

Can Regulations Fix This Issue?

Cryptocurrency has become massive over the last few years. When it was small in value, it didn’t require any regulation or anyone to follow what was going on. But with billions of people getting in this boat and trading cryptocurrencies, there is a need. This need mainly comes from the fact of how easy it is to launder money and do any kind of illegal activity.

In addition, it has no fundamentals. It only drives on how many people want to buy a certain coin. When there is enough fear, like this one, the entire thing could collapse overnight. This makes it obvious how hard it is to regulate and keep it afloat. Honestly, I don’t think governments care enough about it because it’s doomed to fail.

So the issue is not the lack of regulation. The issue is the cryptocurrency market itself. You might be able to eliminate phonies like SBF with the right regulations, which will protect the traders. However, it is inevitable that crypto will always have a crash like this, even with the smallest crisis. The same thing happens in the stock market, but the fundamentals are strong there.

There are companies behind those stocks and real variables that you can look into to see if that price reduction is fair. If not, you buy more, and eventually, you will win. In cryptocurrency, there is no value like that. You see demand falling, and you don’t know whether that demand will keep up in the future.

Analysts observe that after problematic few months, a lot of dangerous activity is already out of the system. JPMorgan expects Bitcoin might go below $10,000, a level not seen since 2020. In this environment, the “crypto winter” is likely to worsen. Especially as concerns about the broader economic background continue to diminish interest in riskier assets.

Analysts expect the FTX implosion to drive institutional investors away from the crypto industry. Just like they were warming up to it. While some people will continue to work on exciting ideas, restoring faith in the sector’s promise could take years.

It’s also almost certain to inspire regulators to tighten the clamps, rising expenses for crypto companies that make it through the purge.

Crypto markets might survive this winter, but there is no running away from what is going to happen in the future. I believe crypto markets have an expiration date, at least in the scales it is running in now. This expiration date is getting closer with problems and phonies like this. The more this happens, the faster it will come. However, I also believe that there is still some way to go until we see complete chaos. 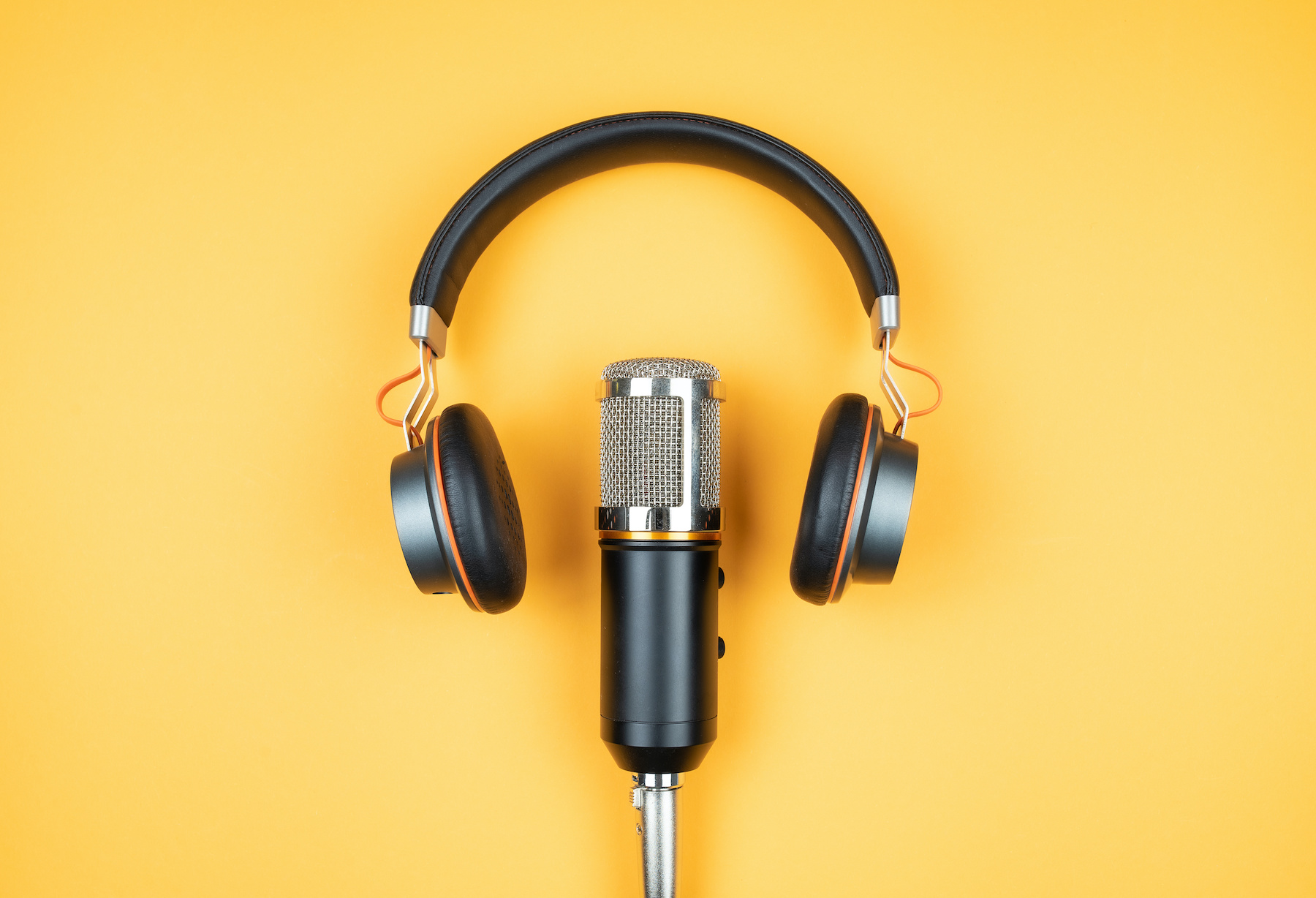 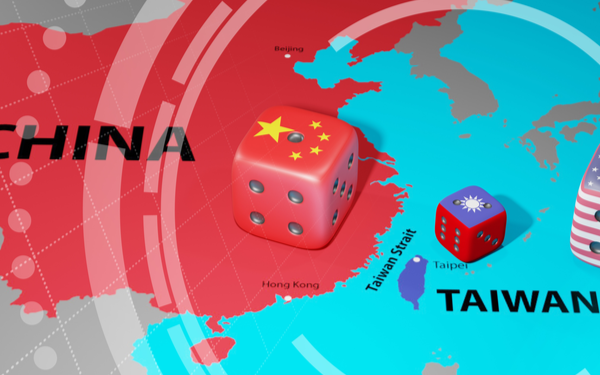 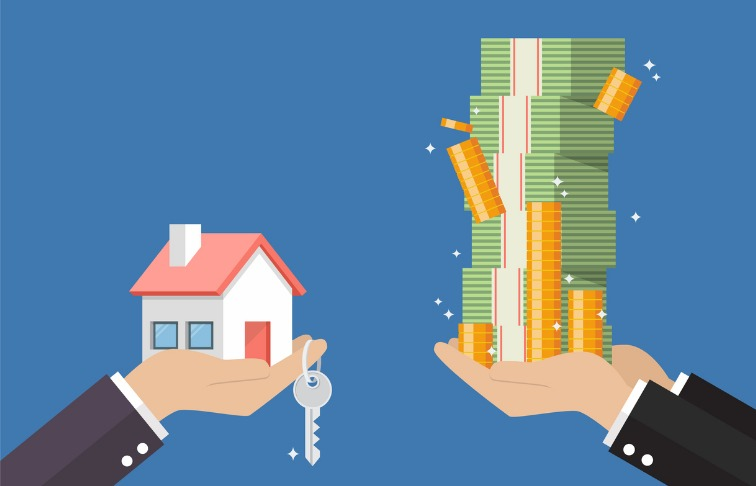 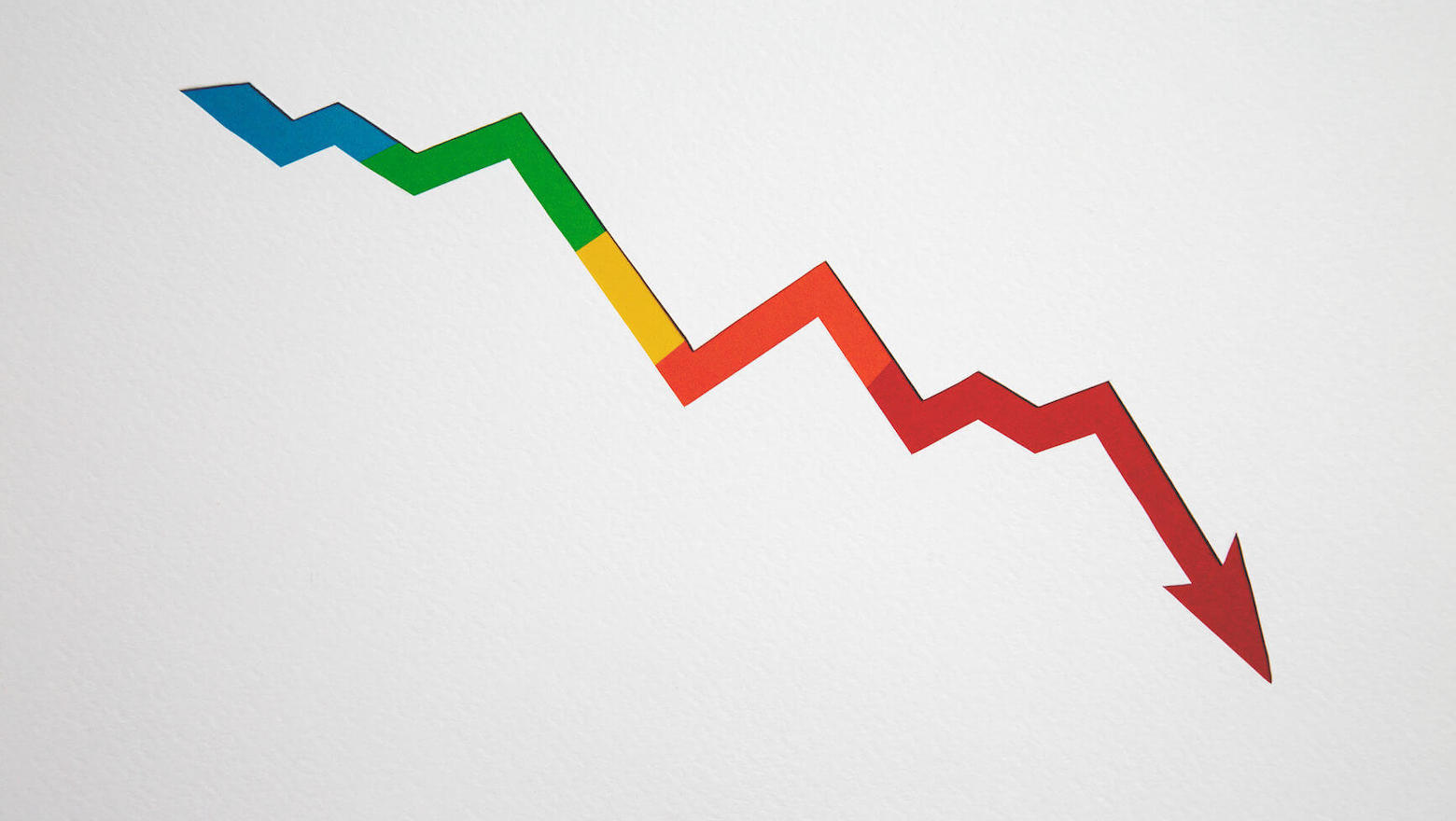